Starting this month, Tier is aiming to deploy 200 scooters in Paris and Berlin that will come equipped with the new foldable helmets. The protective helmets fit inside a smart box that sits just below the scooter’s handlebars. Tier hopes to deploy a further 5,000 electric scooters over the summer, each of which will include the new optional safety measure.

As electric scooters become a more economical and viable option for commuters, safety has become a growing concern. In a study published earlier this year, JAMA Surgery found that electric scooter injuries have almost tripled in the last four years. Worse still, only 5% of riders who participated in the study said they wore a helmet, which resulted in one-third of the study’s participants suffering a head injury. 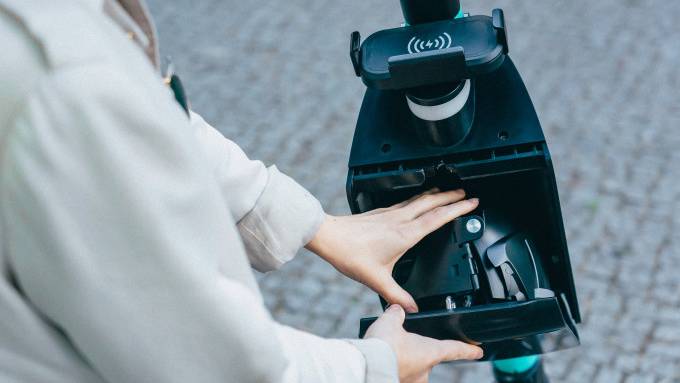 The company is also experimenting with a new Covid-19 focused technology: an anti-bacterial, self-disinfecting handlebar developed by Protexus. The handlebars will be trialed in Paris and Bordeaux, but hopefully prove effective at stemming the spread of coronavirus infections.

While other e-scooter providers have had to withdraw their fleets from cities during the pandemic due to dwindling demand, Tier has been operating throughout the crisis with over 40,000 active scooters.

The UK recently announced that electric scooters would become road-legal from June, but only if you hire them. Previously, you could only ride them on privately owned land (if you had permission). With that about to change, expect to see more electric scooters in the coming months, and hopefully a lot of people wearing helmets.

Stick to the rules – are electric scooters legal? Know the law where you live
Přečtěte si celý článek