Sex Education 3 is official on Netflix – now we just have to wait for its release date. While production on Sex Education season 3 is currently on hold as a result of the global health crisis, we still expect the much-loved British sitcom to return to the streaming service in 2021.

Sex Education is set in the picturesque Welsh countryside, primarily at Moordale High School. Here, we explore the lives, loves and intimate hang-ups of the school's students and beyond. Mother and son Jean and Otis – played by Gillian Anderson and Asa Butterfield – help their friends and colleagues with their sexual issues. It's Jean's profession, but Otis does it to make money. Over the first two seasons, the show's characters develop in rewarding ways, and Sex Education explores a number of sensitive topics with a careful touch.

Below, we'll tell you everything you need to know about Sex Education season 3, including its likely release date, cast, where we think the story will go next. Will Otis finally stop messing around and win Maeve's heart? Spoilers follow.

We expect the Sex Education season 3 release date to be early 2021, depending on how long the show's current health crisis-related filming hiatus lasts.

If Netflix holds true to its current pattern of release for the show, which given its rating success seems possible, we predict we'll see season 3 release in January 2021. Production details are still quite scarce, but Production Weekly has the third season listed in a recent 2020 production schedule for May, so the timing roughly lines up.

Sex Education season 3 trailer: a teaser of what to expect next year

Fortunately, Netflix seems to understand exactly how thirsty Sex Education fans are for more of the show, and the streamer marked the season 3 renewal announcement with a teaser trailer. Much like season 2’s initial reveal trailer, which featured Gillian Anderson delivering a sultry monologue about the benefits of sex ed, the season 3 teaser is playfully narrated by Alistair Petrie’s Principal Groff.

We see the taciturn principal walking the halls of Moordale High, passing portraits of Sex Education’s main cast as he notes what the future could possibly hold for each of them. The teaser wraps up with an invitation to find out more in the Sex Education season 3, but stops short of a proper release date.

Sex Education season 3 cast: who we expect to return 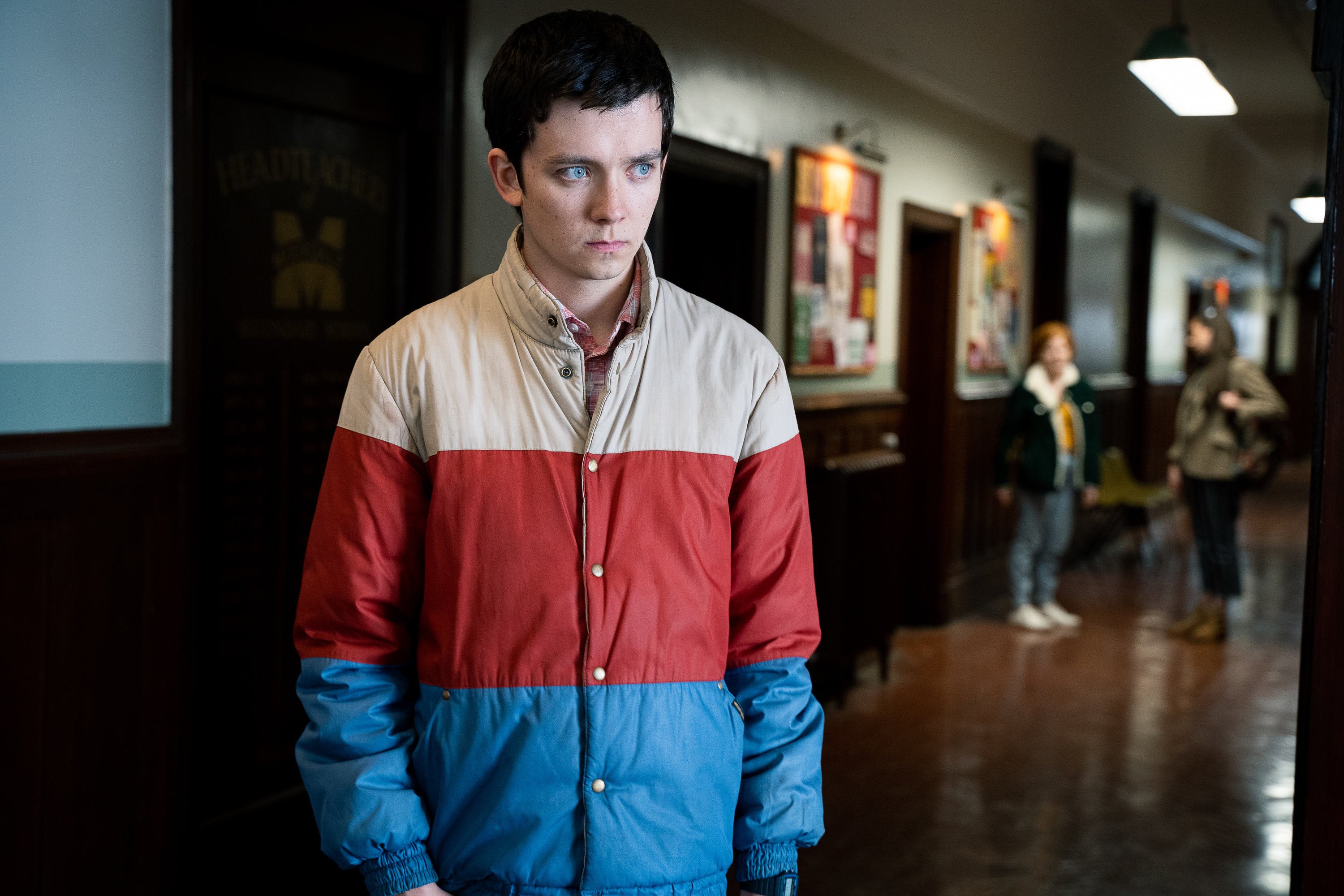 While a cast list for season three is yet to be confirmed, we feel pretty confident in assuming the characters featured in the teaser video are returning.

Series headliners Asa Butterfield (Otis Milburn) and Gillian Anderson (Dr Jean Milburn) are featured, along with a sizeable chunk of the supporting cast including Emma Mackey (Maeve Wiley), Ncuti Gatwa (Eric Effiong), Connor Swindells (Adam Groff) and Patricia Allison (Ola Nyman). Given how heavily season 2 leaned into an ensemble narrative approach, it would be difficult to imagine the show returning without the bulk of the cast reprising their roles.

Anderson tweeted about Sex Education season 3 on the day of the renewal (note the patterns on the ceiling above her):

Sex Education season 3 story: what we expect from the next set of episodes

In an interview with LADbible, Nunn touches on the tight working schedule for the series, noting that the writing process of another season before confirmed renewal is a normal part of how TV production works. When asked about the potential for future stories, Nunn said, "I love writing these characters. It's such a big ensemble and I think the theme of the show – in terms of it being about sex and relationships – it really just offers up endless story opportunities."

Sex Education season 2 pivoted away from its focus on Otis and instead opted to lend almost equal time to the wonderfully diverse characters around him. The internet’s newest queer icon Eric (Gatwa) benefited the most from this shift in show structure, allowing for a nuanced and moving insight into the struggles of a young black queer man. His popularity clearly hasn’t gone without notice, as the teaser video for the third season is largely focused on the potential of his blooming romance with his former bully Adam. 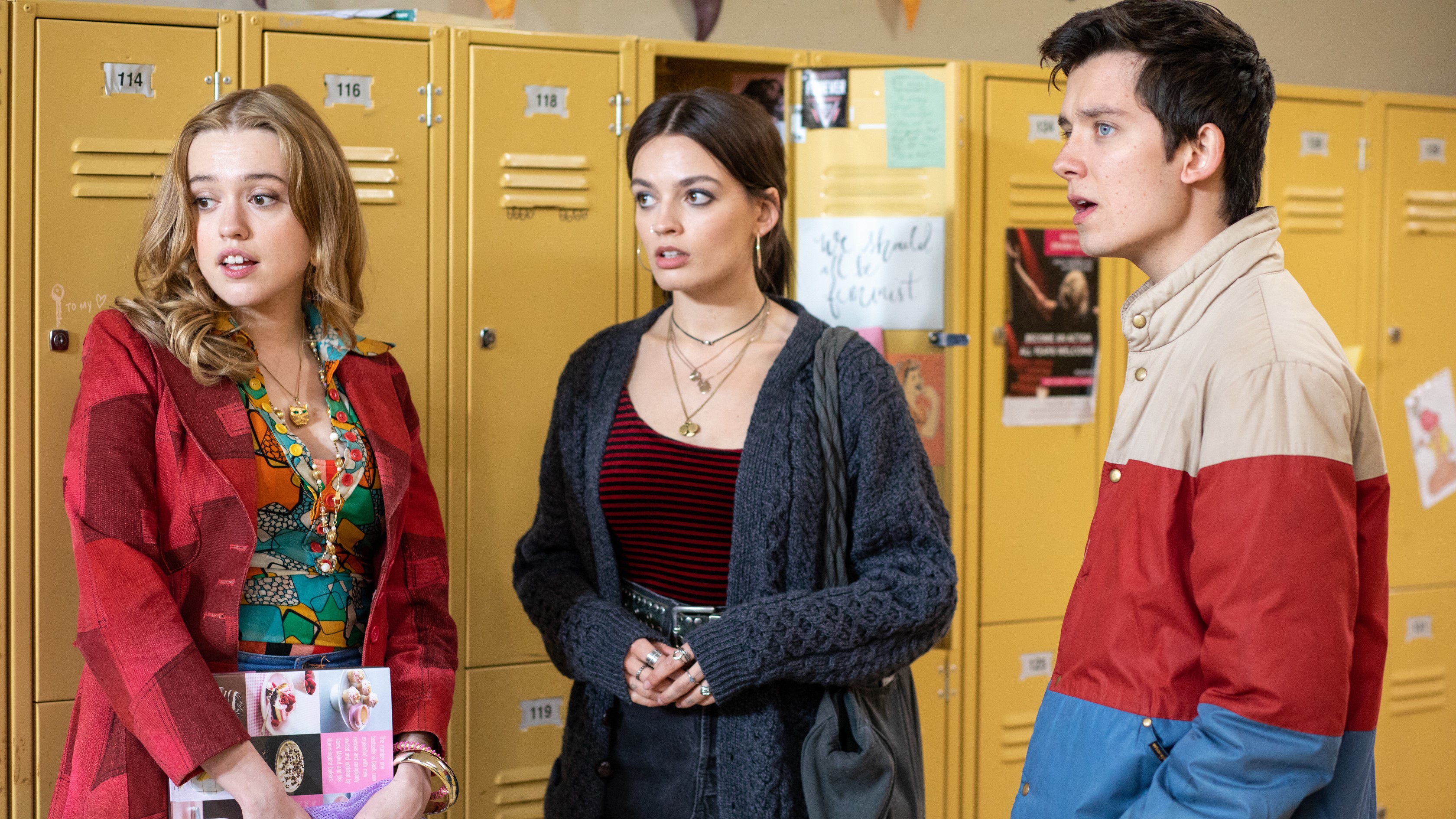 Eric isn’t the only student with love on the brain, of course. The timeless 'will they, won’t they?' dance between Otis and Maeve (Mackey) seems set to come to a head. The somewhat divisive final scenes of season two saw Otis confess his love to Maeve in a voicemail, only for it to be deleted by Maeve’s new love interest before she could hear it.

While some fans have been critical of this story beat as an artificial extension of the character’s ongoing love dilemma, the show’s director shrugs off any potential backlash. In a chat with BT, Ben Taylor says "I think shoes will be thrown at screens. In a good way. I love being p***ed off at stuff. You think you want it, but you don't”.

There are plenty more threads featuring the supporting cast that need to be picked up in Sex Education season 3. Jean ends season two with a newfound appreciation for emotional intimacy with her on-again, off-again partner Jakob thanks to her friendship with Adam’s freshly divorced mother Maureen. Elsewhere, various students are now grappling with revelations about their identity and place in the world as they face the realities of sexual assault trauma, non-conventional identities and the looming prospects of the future.

It's one of Netflix's best shows

Speaking to The Hollywood Reporter about further developments for the show, Nunn is excited about the places she and her writers can take the eclectic cast. “These characters ... they've got legs. I think I could do some more with them if we're given the chance,” she said. “[Netflix] is very supportive and really wanting us to tell the stories that we feel passionate about. It really feels like we're all on the same page, wanting to make the same show.”

It’s an exciting prospect for a show primarily made by young, diverse talent both in front of and behind the camera. It’s not hard to see why Sex Education has resonated so deeply with fans. It offers a very human, non-judgemental look at the issues facing not just teenagers, but many adults who are still coming to terms with their own sexuality. Nunn’s writing is razor-sharp, and the show’s inclusive agenda makes it a fine addition to Netflix’s growing library of progressive media and stories.